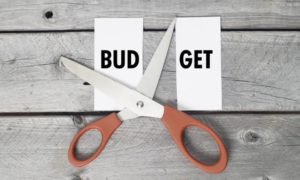 Over the last several years, both due to personal reasons and because I could clearly see the signs of the impending political upheaval that was going to take over, I was filled with anxiety. I couldn’t understand why others didn’t see the signs, the growing discontent among many individuals who felt they had been left behind in the re-blooming of our collapsed economy. During the eight years of the Obama administration a policy revolution occurred that resulted in cultural, social, and entitlement reforms that created the potential for fundamental changes in millions of people’s lives. The ability to do this while stabilizing an economy in shambles was truly revolutionary. You can’t have that level of fundamental change without fear.   This creates an opportunity for a shift in power, appealing to families that felt the revolution had not been designed with their needs in mind.

For individuals with disabilities who rely on the Affordable Care Act, “Obamacare” and the related expansion of home and community based long-term care services and supports, they are currently in the ultimate crisis for survival. Not just for the roll back in gains made in our health and human services system because of budget cuts, but because the potential for fundamental transformation in the role of government. I discuss the various plans that have been developed in my blog post, “Will They Make Health Care Great Again?  Not if They Ignore The Iron Triangle of Health Care!”

I am one of millions of self-employed Americans who has benefited from Obamacare.  What makes my story different is that I work in the health care industry. I advise health care firms on how to serve the needs of seniors and people with disabilities. I understand the system from both a patient and professional perspective.

The American Health Care Act’s goal is broader than “repealing Obamacare,” it erodes the overall concept of the federal government’s role in delivering health care and social support services.

It also focuses the insurance market solution on “Consumer Directed Health Plans.”   A buzzword long used within the industry — where many, including Representative Paul Ryan, have argued that making individuals pay their “fair share” for health insurance would give them a financial incentive to become “active health care consumers.” They would, it is asserted, take more responsibility to stay healthy and shop around for the best deal for a procedure. That would in turn reduce unnecessary health care spending.

The key mechanism to achieve this is by offering “affordable” coverage to encourage healthy people to buy insurance. In exchange for lower monthly premiums these plans require paying an additional $1,500 up to $5,000 before the insurer will pay for a majority of your care. In order to cover the costs of the deductibles and items not covered by the policy, these plans are paired with a savings, or investment account and tax deductions. However, an individual has to have the available income to contribute the account. These sorts of plans were once considered insurance of last resort only, because they provided minimum protection to someone who needed coverage if they were in a catastrophic accident. But since 2003, they have been offered as the solution for the uninsured and cash-strapped employers who can no longer bear the burden of rising premiums. These plans are being marketed as a way to lower costs. But in fact, they ultimately increase costs for everyone, because they discourage people from seeking health care until they become very ill.

Even for someone like me, before the Affordable Care Act, it was virtually impossible to “shop around” and compare health plans, let alone shop around for the best deal on a procedure or doctors’ fees. It’s not because I don’t understand the system, and it’s certainly not for lack of trying. It is because the current system is incredibly complex.  Pricing is not transparent, and it varies depending on who — for instance, insurers who get discounted rates from hospitals and doctors — is purchasing the services. There is no uniform, easily accessible way for me to compare costs of care I could get at one hospital versus another, or one doctor as compared to another.

The urge by many Congressional members to repeal Obamacare is rooted in the assertion that health care costs are out of control. In my personal experience, my cost went down, while my coverage increased. My experience is not an isolated one and has been confirmed by health policy experts.

No matter what happens with this bill, it is a signal of the continued potential to introduce small incremental changes through other forms of legislation and regulation that could still impact how services are delivered. It is easy to mobilize around what is seen as immediate threat but sustaining a long-term vigilance can be exhausting.

As a policy consultant, I spend my life reviewing how policy impacts the design and delivery of services. Implementing policy takes time and seeing the long-term impact on a system as complicated as health care takes even longer. We should not use fear, and political power, as tools to disrupt systems changes we have yet to fully realize the results. 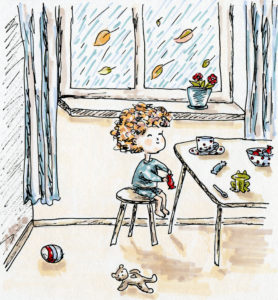 So now that we are in crisis my job is to remain, calm and contemplative of how best I can use my knowledge, strengths, and resources to impact the challenges we will encounter. Not only do I have this responsibility as an individual but also I have this responsibility as a mother. I refuse for my son’s entire childhood to be focused on fear, anxiety and lack of hope. I am not perfect, and I will let the anxiety of the worlds events creep in, for instance the other morning I was not my best when I was yelling at the radio on the way to pre-school. It’s ok for my son to hear mommy concerned, upset, or even angry about what has happened in the world. That’s how you raise a child that is aware of the impact the actions government and society has on the lives of people. I think it’s important to raise a socially-conscious individual but I also want to raise one that sees the world for all of the possibilities and how careful incremental, daily, actions can make a difference in the world.

So, I choose to take the long view and focus on cultivating love in my household and to try to quell the anxiety as much as I can. My strength, and capacity to reflectively move forward and make change depends on it.

Anne became a mother in 2013 to an enchanting baby boy. Her joy for her son was over shadowed by her experience with navigating the health care system in ways she did not expect. Her dream is to create support services for new mothers so no one has to experience what she went through.

She is also a Disability and Health Policy Consultant. Her experiences in navigating the complexities of the health care system and identifying providers to deliver quality care has made her an advocate for people with disabilities. As a disability advocate she emphasizes working within the health care system in order to empower consumers to have a direct impact on the delivery of care.

You can see more of Anne’s writing on her blog Spasticmama.wordpress.com

Through her blog she explores the joy and struggles of learning to be a mom. Along the way she hopes to share some of her stories as a mom with a disability, not for pity, not to be an inspiration but because it is a fundamental part of me. Anne is a spastic mom that frequently spills milk and rebels against the notion of “Leaning In.” she prefers to recline with a cup of tea!

To learn more about her work as a Disability and Health Policy Consultant see her Linkedin page. http://www.linkedin.com/pub/anne-cohen/7/28a/945